WHERE IT ALL BEGAN

1047 Games was founded by Ian Proulx and Nicholas Bagamian in their dorm rooms at Stanford (the company was named after the address of their dorm). What started as two computer science majors putting portals into an FPS for a project demo, has now turned into a 20-person game development studio. Through their flagship game, Splitgate: Arena Warfare, 1047 Games aims to bring back the glory days of arena shooters. It’s easy to see why IGN described Splitgate: Arena Warfare as “Halo meets Portal,” specifically referencing its Halo 2 and Halo 3 style gameplay. 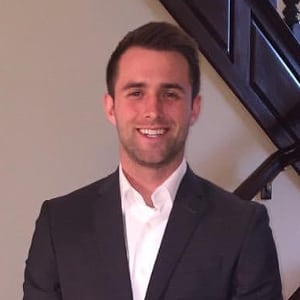 Ian Proulx
Co-Founder and CEO

CARDINALSOLDIER

IAN@1047GAMES.COM
Ian first conceived of the idea to combine a first-person shooter with portals during his undergraduate time at Stanford University, where he received a BS and MS in computer science, with an emphasis on Graphics and Human-Computer Interaction. He prototyped what is now Splitgate as his senior project under faculty advisor, Professor Ron Fedkiw. Ian’s passion for gaming started when he was 7 years old with his first gaming system, the Nintendo 64. One of his claims to fame is his achievement of being ranked in the top 500 Halo 5 players in the world. 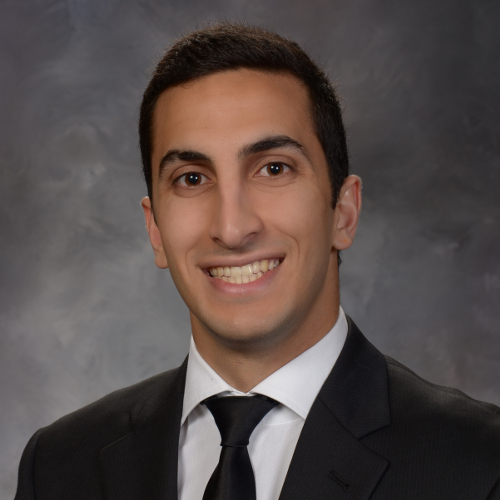 Nicholas Bagamian
Co-Founder and CTO

MEME LORD

NICHOLAS@1047GAMES.COM
Nicholas is a Computer Science graduate from Stanford University. He met Ian in their dorm 1047, where they played a lot of Halo and Rocket League. Upon hearing the idea of the game, he was thrilled to start working on it. Born and raised in Los Angeles, Nicholas grew up playing video games on the Nintendo 64 and XBOX. He enjoys playing basketball and volleyball and is a huge Los Angeles Lakers fan. When he is not playing Splitgate, you can catch Nicholas playing Rocket League. Feel free to challenge him to a 1v1! 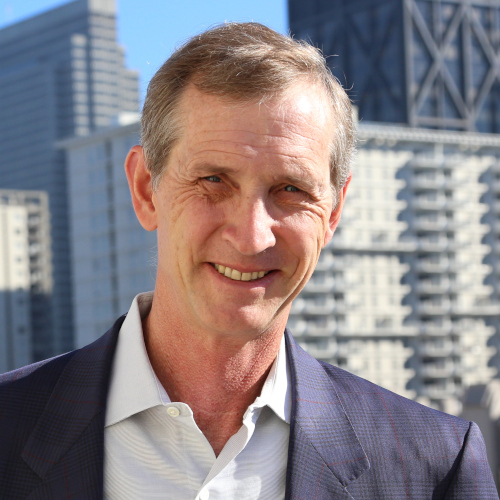 Tom Proulx
Chairman

O OF ONE

TOM@1047GAMES.COM
Tom is a pioneer in the consumer software industry as co-founder of software giant Intuit, developer of TurboTax and Quickbooks, and author of the company’s flagship personal finance product, Quicken, whose development began in Tom’s Stanford dorm room in 1983. He was a recipient of Inc. Magazine’s Entrepreneur of the Year Award and the University of Southern California’s Entrepreneur of the Year Award.  Tom was also one of the first recipients of Silicon Valley Forum’s Software Visionary Award.  After retiring from Intuit, Tom has served on the boards of numerous tech companies, including eGym, iControl, Plumchoice, Upshot, Dropwater, and 1047 Games. 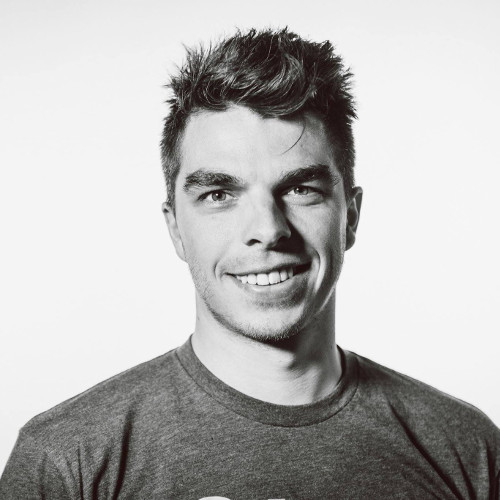 Olly Freeman
Software Engineer

ollypollyshoppingtrolley

OLLY@1047GAMES.COM
After a career as a professional triathlete, Olly studied Computer Science at the University of Cambridge, where his dissertation focused on advanced pathfinding algorithms for computer game characters. He developed his skills as a full-stack engineer at tech companies ranging from a size of 2 to 1000 people in both San Francisco and London, before meeting co-founder Ian Proulx while working in Silicon Valley. His love of gaming started with a SNES, and he holds especially fond memories of playing Wipeout and Metal Gear Solid. 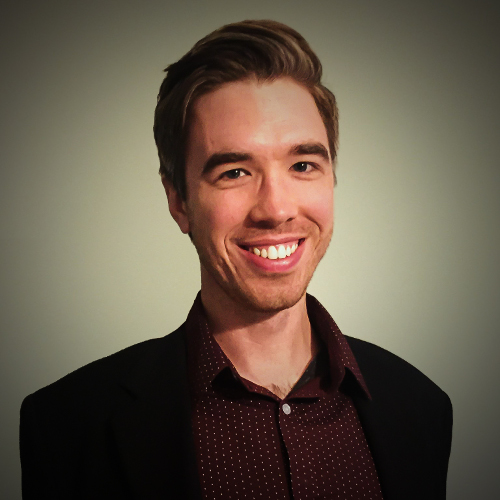 Ethan Thornburg
Software Engineer

erebel55

ETHAN@1047GAMES.COM
Ethan received his bachelor’s degree in Computer Science from the University of Michigan. Prior to joining 1047 Games, he created software for countless Fortune 500 companies (Boeing, Qualcomm, Pfizer, etc.). In 2014, his lifelong passion for game development led him to create a small game studio based near Flint, Michigan. During this venture he became an expert in Unreal Engine and continues to help run the largest Unreal Discord community. Ethan’s love for video games started while playing Sonic on his first console, the Sega Genesis. Some other favorite games of his are Starcraft, Twisted Metal, and Halo. He is excited to see Splitgate take the FPS genre to new heights! 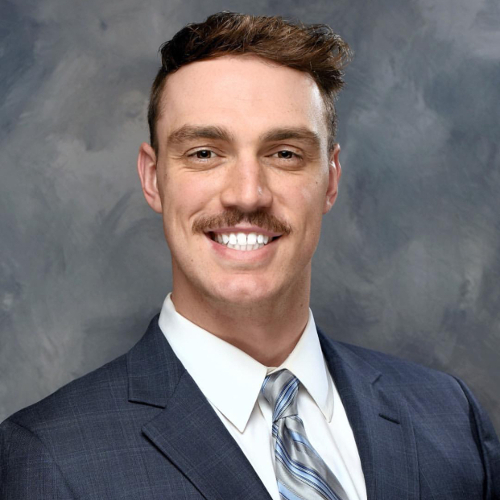 Zac Thomas
Director Of Partnerships

CaptQWERTY

ZAC@1047GAMES.COM
Zac studied Economics at the University of California Berkeley, concentrating on Government Regulation of Financial Markets. After University, Zac worked in the Silicon Valley as a Private Equity Research Analyst, where he predominantly researched pre-IPO companies valued between $5-50B. He joined Splitgate: Arena Warfare in 2018 and created a dynamic partnership program focused on allowing Splitgate and content creators to grow together. He primarily plays FPS games, but will always have a soft spot for Runescape—the first game Zac logged over 1,000 hours. Feel free to Discord message Zac if you are a content creator interested in affiliating with Splitgate: Arena Warfare 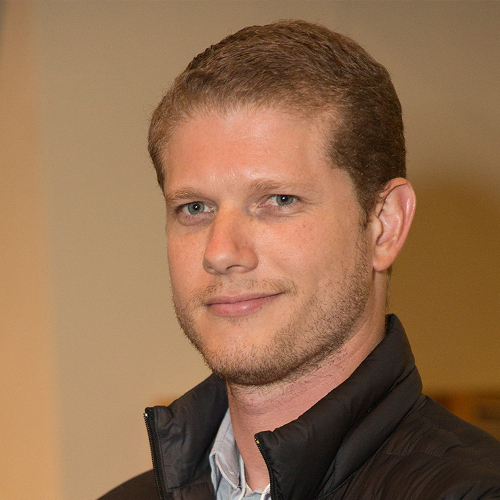 Danny Floyd
Art Director

bunthius

DANNY@1047GAMES.COM
As a full-time art student, Danny interned with Westwood Studios in Las Vegas. Electronic Arts absorbed the studio and Danny was offered his dream job as a professional video game artist. After 5 years and working with many large teams such as Ultima, Lord of the Rings, Sims and Warhammer he moved onto 3G Studios in Reno to be near family. He worked on a military-styled shooter, other console games and started a software development firm on the side to jump into the mobile games market. Through a chance encounter studying opera and the performance arts, Danny was introduced to Ian and loved the idea of Splitgate and Ian's ambition to create amazing games. Danny says Splitgate has been the most fun and exciting project of his 16 year career as an artist. His first console was the NES and has remained an avid gamer ever since.

Create your splitgate account to recieve XP and exclusive rewards!

© 2019-2020 1047 Games. 1047 GAMES and SPLITGATE: ARENA WARFARE are trademarks of 1047 Games. All other trademarks and trade names are the properties of their respective owners. Eso-Exo Web Development